Swansea City are sweating over the possibility of going into this weekend’s Premier League game against, Newcastle United without Jordan Ayew.

Jordan Ayew was left out of Ghana’s 5:1 annihilation of Congo Brazzaville in the World Cup Qualifiers last night due to a tummy upset.

The young attacker who joined the Welsh side midway last season suffered a believed food poisoning keeping him out of Ghana’s all important Group E tie.

Jordan Ayew, 25, has since been receiving treatment at a hospital in Accra and expected to fly out to South Wales for further treatment.

Swansea City will therefore give the forward time to recover hence likely to exclude him from Sunday’s game at the Liberty Stadium.

Ivorian international, Winfred Bony could be played in the absence of the Ghanaian who has scored one goal in three matches for Swansea City this season.

The Black Stars attacker joined the then wobbling Swansea City from Championship side Aston Villa in a £5million in January last year and help them to escape relegation. 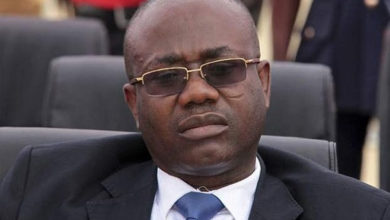