The minister of Railway Devepment(Ghana) , Joe Ghartey, has been awarded for his contribution towards Ghana’s business evironment through the reformation of “Companies law” during his term as an Attorney General.

He recieved the Award at the maiden edition of Ghana Association of Retructuring and Insolvency Advisory(GARIA) Presidential Fund raising Dinner and Awards Night.

The theme of the event was “Passage of the new Compnies Act: A Booster For Ease of Doing Business in Ghana”

He was awarded on the basis of the solid leadership he offered during his term as an Attorney General where he set up and surpervised the Justice Date – Bah Committee that reviewed and guided the amendment of laws that governed companies in the country.

This move has brought substantial improvement in the business environment with the passage of the New Company Act, 2019(ACT)

It is base on his Sacrifice, Hardwork and the Competent leadership he provided towards the entire reformation process that the 1st GARIA Presidential Fund Raising Dinner and Awards night rewarded his outstading performance.

Mr. Joe Ghartey served as the 19th Attorney General, and Minister for Justice for the Republic of Ghana between 16 June 2006 and 6 January 2009; a period he dedicated his service to the development of the companies law 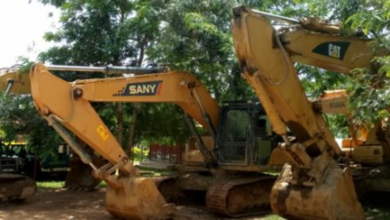