The Fante Rap God and Two times Vodafone Ghana Music Awards’ writer of the year Kofi Kinaata has explained why he performed earlier than usual at the just ended Made In Taadi Concert.

According to Kofi kinaata he performed early to enable his earlderly fun base who mostly complain about missing his perfomance due to his late appearance.

Kinaata performed some of his highlife tunes with live band and made three difference appearance on stage.

The night which gathered over 15,000 people saw performances from some upcoming artistes in the Western Region and beyond.

From the camp of Ground Up Chale, former Saint Mary’s student, Quamina MP performed alongside Kofi Mole on the stage after young Yaa Jackson had performed.

Sista Afia kept every single soul amazed at the Jubilee grounds with her outfit when she was introduced to perform; a red gown which shows parts almost all her back naked.

The light went off after Lynx Entertainment signed artiste, Dhopenation had served the crowd with some Zanku moves and many were wondering the reason why the lights went off, just for some few minutes, a silk voice was heard from back stage and the lights came with a slim and fair in complexion guy holding a microphone; it was the man who had gathered the entire crowd on the nights, Kofi Kinaata.

At a point, the Fante Rap God went back to his olden days of rapping but this time around, it was the bars of the legendary Obrafuor and that was the way he introduced Obrafuor on to the stage.

Obrafuor as usual did not disappoint as he got the crowd doing almost all the songs he performed from his Pae Mu Ka Album.

The momentum was gathered after Kinaata and Obrafuor had performed and Kwaw Kese also followed up to do his thing with his own fante people. Patapaa, Pappy Kojo, Donzy, Joey B and Ayesem all followed afterwards.

The time was 3:30AM and it was one artiste that everyone was waiting for, that was Shatta Wale. Finally, Wale was introduced and he was welcomed with the biggest noise on the night. The SM Boss served the crowd with back to back hits for close to 30 minutes before Kofi Kinaata joined him to perform their single tune; Never Again. 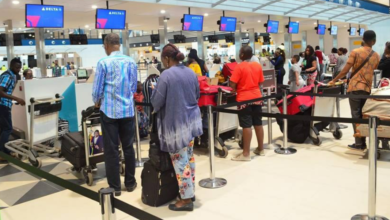