The Member of Parliament for Okere and Minister for Regional Re-organization and Development, Mr Daniel Kweku Botwe has called on the Akuapem Traditional Council to quickly resolve the chieftaincy problem surrounding the enstoolment of a new Akuapemhene to succeed the late Nana Addo Dankwa.

He was speaking at the durbar of chiefs and people of Aprede to climax the celebration of the 2017 Odwira festival and the outdooring of a new Kyiedomhene of the area, at Aprede.

Mr Botwe announced that government had awarded the contract for the rehabilitation of the streets   in the Aprede Township, adding that, the road between Adukrom and Aprede had also been awarded on contract to start in January 2018, with the construction of a pedestrian walkway to end the knocking down of school children by vehicles on the road.

Mr Botwe pledged that government would use the GETFund to support the construction of an ICT centre and a teachers quarters initiated by the chiefs and people of Aprede.

He urged the judicial committees of the various traditional councils to expedite action on chieftaincy disputes brought before them to help save the resources of the region.

Mr Darfour said efforts to manage the various tensions created by the chieftaincy disputes in the region are of huge cost to the Regional Coordinating Council, the Municipal and District Assemblies and the security services in the region.

He congratulated the people of Okere for accepting the proposed district capital of their new district.

Mr Darfour said out of the six new districts proposed for the region, two districts had raised concern about the proposed district capitals but did not elaborate.

Earlier in a welcoming address, Nana Okoampa, Apredehene, said the town had plans to take advantage of the historical heritage of the area and the various waterfalls to develop a tourism industry in the area. 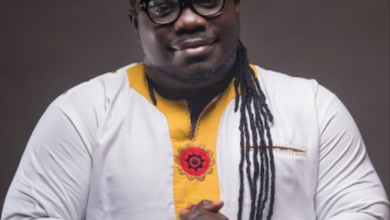