Innovative Community of Developers Environment (ICODE) hints of rolling out Taxi Check for residents within the Sekondi-Takoradi Metropolis, Effia Kwesimintsim Municipality and subsequently for the entire Western Region to facilitate proper digitization of commercial vehicles operating in the twin-city especially Taxi cabs and also ensure the security of residents who patronize the services of these Taxi drivers.

The recent kidnappings in the country of which the three Takoradi kidnapped girls are still not been found coupled with pockets of crimes which some Taxi drivers are reported to be part of the syndicate has given room for the largest coding hub in the Western in a collaborative effort with the western regional minister who doubles as the Member of Parliament for Takoradi constituency together with the Sekondi-Takoradi Metropolitan Assembly and the recently created Effia Kwesimintsim Municipal Assembly to initiate a process of digitizing all relevant information about commercial vehicles operating in their jurisdiction beginning with the Taxi cabs.

The Chief Executive officer of ICODE, Prince Bonney explained that Taxi Check is a security verification system designed and built for Sekondi-Takoradi and its environs to easily ascertain and verify drivers as well as Taxi cabs used in providing chauffeur services for commercial purposes in other to prevent if not stop it completely the issues of kidnapping among other social vices in which commercial cars are involved and also help security agencies to track vehicles used in perpetuating such crimes.

According to Prince Bonney, the date of all commercial vehicles operating within the metropolis including drivers using those vehicles have been collated into a robot system called TAXI CHECK. This he said will be made available to the general public in a form of a mobile app for both android and IOS users for easy verification of drivers and Taxi cab.

“That information can be checked by anyone anywhere, so far as you are able pick the registered car number you can share with a friend or your parent; I mean where ever you find yourself in this world, you can track the movement of any driver or Taxi Cab you engage within the Sekondi-Takoradi Metropolis and its environs even if he moves out of the jurisdiction,” he said.

“Manually you can also check and verify the authenticity of any Taxi Cab by dialing *711*333# and send to any network; follow simply process either looking out for drivers’ verification or requesting for police help and you will be sorted out immediately without any hustle.”

Under the local government system, Metropolitan Assemblies by now should be looking at how to generate monies internally to facilitate the onward develop of the people with little support from the central government. In that light, Taxi Check when fully rolled out is said to help these MMDCEs to holistically monitor the taxes these commercial drivers and their car owners are obligated to give the state either annually or yearly and also enable the assembly to know the number of cars operating within its jurisdiction at any point in time.

To the transport unions, the system will automatically expose the so called thieves who are operating in the name of being a taxi driver. And also curb the indiscriminate use of authorized places as a taxi stations within the Metropolis.

The Western Regional Minister, Kwabena Okyere Darko-Mensah who has been a strong advocator of such an innovation is of the opinion that “when a society is growing in numbers you can alone take advantage of the dynamics in technology to improve on existing challenges.”

According to the legislature, the recurrent kidnappings in the Takoradi and its environs has exposed the shortfalls in “our system and way of life.” He said

“I am particularly interested in this innovation that is why I have committed financial and logistical resources to the developers, ICODE to ensure a success of the TAXI Check system.”

“initially we were building the Taxi Check system for only Sekondi-Takoradi Metropolis but now we have concluded talks with the drivers’ union and commercial transports operators in Effia-Kwesimintsim Municipality so we will soon be releasing the app for the use of the general public and subsequently for bring on board every vehicle the operating in the region”, he added.

Though the Taxi Check system is at its conclusion stage where its synchronizing data collated into the mobile App and finally release it for public use, the ICODEteam is expected that they have provided a solution to one main societal problem confronting the residents in Sekondi-Takoradi and its environs.

Meanwhile the CEO of ICODE was quick to say that plans are far advanced to replicate the Taxi Check in all the 23 district in both the Western North Region and the Western Region and to other part of the country by the end of the year 2020. 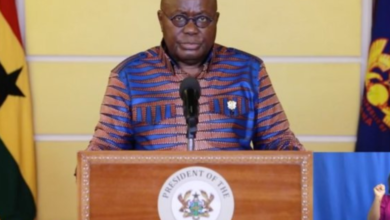 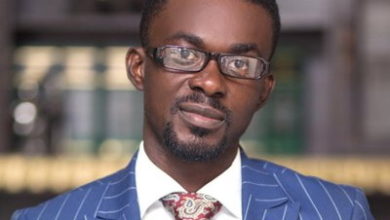 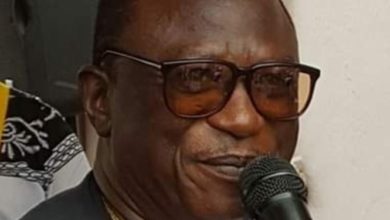